Reprinted from the FDA website. For more information and links, visit
http://www.fda.gov/AnimalVeterinary/NewsEvents/CVMUpdates/ucm280586.htm

The Food and Drug Administration (FDA) is again cautioning consumers that chicken jerky products for dogs (also sold as chicken tenders, strips or treats) may be associated with illness in dogs. In the last 12 months, FDA has seen an increase in the number of complaints it received of dog illnesses associated with consumption of chicken jerky products imported from China. These complaints have been reported to FDA by dog owners and veterinarians.

FDA issued a cautionary warning regarding chicken jerky products to consumers in September 2007 and a Preliminary Animal Health Notification in December of 2008. After seeing the number of complaints received drop off during the latter part of 2009 and most of 2010, the FDA is once again seeing the number of complaints rise to the levels of concern that prompted release of our earlier warnings.

Chicken jerky products should not be substituted for a balanced diet and are intended to be fed occasionally in small quantities.

FDA is advising consumers who choose to feed their dogs chicken jerky products to watch their dogs closely for any or all of the following signs that may occur within hours to days of feeding the products: decreased appetite; decreased activity; vomiting; diarrhea, sometimes with blood; increased water consumption and/or increased urination. If the dog shows any of these signs, stop feeding the chicken jerky product. Owners should consult their veterinarian if signs are severe or persist for more than 24 hours. Blood tests may indicate kidney failure (increased urea nitrogen and creatinine). Urine tests may indicate Fanconi syndrome (increased glucose). Although most dogs appear to recover, some reports to the FDA have involved dogs that have died.

FDA, in addition to several animal health diagnostic laboratories in the U.S., is working to determine why these products are associated with illness in dogs. FDA’s Veterinary Laboratory Response Network (VLRN) is now available to support these animal health diagnostic laboratories. To date, scientists have not been able to determine a definitive cause for the reported illnesses. FDA continues extensive chemical and microbial testing but has not identified a contaminant.

The FDA continues to actively investigate the problem and its origin. Many of the illnesses reported may be the result of causes other than eating chicken jerky. Veterinarians and consumers alike should report cases of animal illness associated with pet foods to the FDA Consumer Complaint Coordinator in their state or go to http://www.fda.gov/petfoodcomplaints. 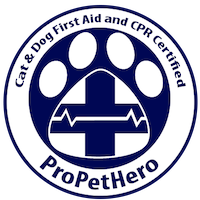 Virtual Assisting for Pet Care Pros and other small businesses, sole proprietors and entrepreneurs. Visit my VA page at TygerLily.com to find out how I can help your small business productivity.